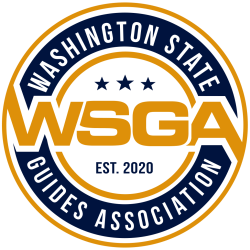 The following letter has been sent to WDFW Director Susewind, as well as cc’d to the Fish Program Director, the Commision as well as the Regional Program Manager for the coastal rivers.

The Washington State Guides Association is aware there are several different proposals to the 2020-2021 steelhead season. WSGA sees several of the proposals as blanket proposals which would impact the entire north coast, causing financial devastation to the coastal communities that rely on these fisheries.

Traditionally, management of these fisheries were on a “river to river” basis.  A blanket approach for the entire coast is a shift from the standard management approach. Last year’s closure of the Chehalis system, this same subject came up. As a result, the north coast saw very little shift in effort on the rivers to the north of the Chehalis system.  WSGA believes the department should not make any changes until a true problem is identified.

Case in point, the Quileute system is forecasted to be 3300 or so fish above escapement. This allows for a normal season with both tribal and sport catch to have equal fishing seasons, while still allowing the desired amount or possibly more fish to land on the spawning grounds. Five years ago, there were major changes to the steelhead fishing regulations on this system and it appears to be working.

We know there have been proposals to increased regulation changes such as no bait starting January 1, and no fishing from a floating device in the upper rivers.  We can understand the no bait rule, but no fishing from a floating device will essentially wipe out the guiding industry on the coast. Many guides have clients who cannot wade safely and thus will not be able to fish at all.

Moreover, if you close sections of the river to no fishing from a floating device, we can almost guarantee, you will see a  shift in pressure, as 90% or more of all the anglers use boats to fish.  The areas being discussed on the Quileute system are self-regulated due to water flows. Anglers whom fish the limited amount of time water conditions allow cannot safely wade these stretches due to extremely dangerous wading conditions. We implore WDFW to leave the Quileute system as it is and trust in the mechanisms that have already been instituted in an effort to saving wild steelhead.

The Hoh River system is almost identical to last year. A lot of effort was put in to developing a fishing plan that would allow fishing, but to also keep the numbers down to allow for escapement of wild steelhead to the spawning grounds. Just as on the Quileute system, five years ago, some major changes to the fishing regulations occurred. Because of these changes, it appears to have slowed down the decline of wild steelhead runs.

There has been a tremendous amount of effort put forth in changing the way we approach the Hoh River.  With the ever-changing water conditions, we are in a good place to continue to fish the Hoh River with no further changes to the fishing seasons. With a 10% mortality rate, anglers can fish and stay within the number presented before us.

If the co-managers can work together to develop a season that does not allow this system to be fish above the numbers presented, there would be no reason for a closure or any further regulation changes.

The north coast is very different from the south coast.  A total closure of these fisheries will be devastating to local communities, anglers and guides that are passionate about fishing. Anglers care about Steelhead and are the means to enacting rules and regulations moving forward to recover these wild steelhead runs.

WSGA asks that the department be cautious in making regulation changes that would not be fair and equitable, allowing all anglers to fish within their desired technique or transportation on the fishing grounds.

I hope that this letter helps you in making the hard decisions that are coming your way. I look forward to working with you in the future regarding restoring our wild steelhead stocks.

In closing, I would ask the department to reach out to the guide associations and even the Guide Advisory Committee for input into issues such as this in an effort to gain as much perspective on issues such as these.  These guides are on the water day in and day out and can provide a tremendous amount of input.

There are no upcoming events at this time.